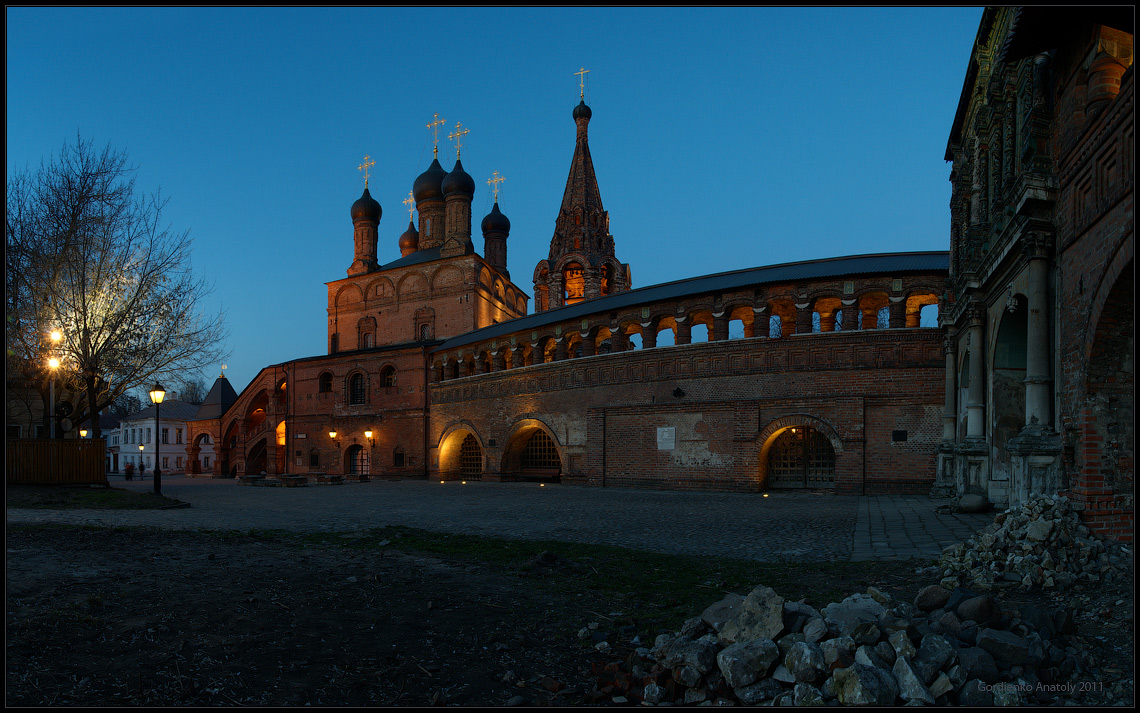 The male Choir of Krutitsy Patriarchal Metochion was founded in 2010. Its main mission is to create background music for Metochion divine services. Since 2011, with the blessing of Father Sergy Shastin, abbot and archpriest, the Choir has been giving regular evening performances of sacred music in the upper  Church of Dormition of Our Lady. Concert programs consist of works by Moscow Composer School from early 20th century. Furthermore, the Choir of Krutitsy Metochion also sings creations and   adaptations   of modern composers. However, in addition to sacred music, it is also possible to hear modern adaptations of Russian and Ukrainian folk songs at concerts.  The singers of the Choir are professional musicians who graduated from the Victor Popov Academy of Choral Arts, the Moscow Conservatory, the Gnessin Russian Academy of Music and the Nizhny Novgorod State Conservatory.  The choragus and the chorister of the Choir is Dmitry Yagodin. In 2011, he graduated from the Gnessin Russian Academy of Music, with a degree in choral conducting.